After 8 years been sat in my garage, I’ve started the process to get the engine rebuilt and modernised. 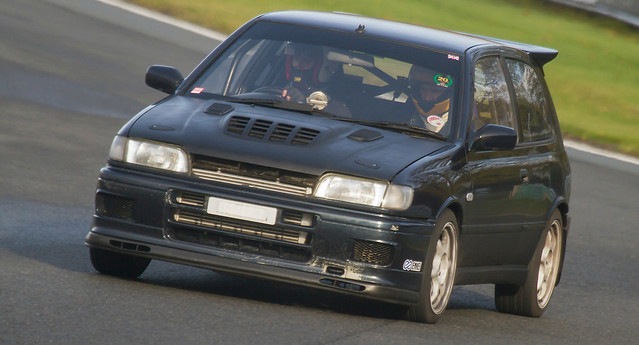 Bit of background, I had the engine rebuilt 8 years ago and less than 100miles in the engine decided to eat itself and blow a head gasket.

On closer inspection the damage has been quite significant as shown below.

There is also some significant damage deep into the bores (not pictured).

Looking at the damage to the lip, its going to need some serious boring out to remove that damage if it can even be achieved. 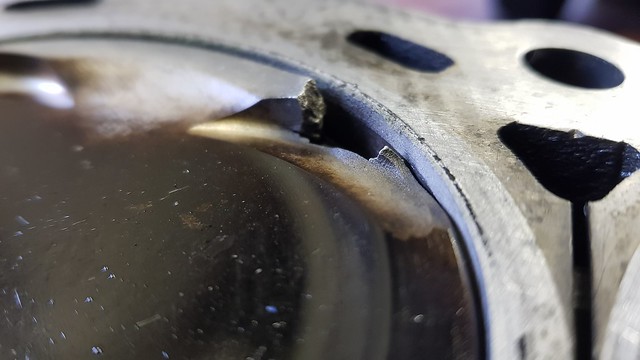 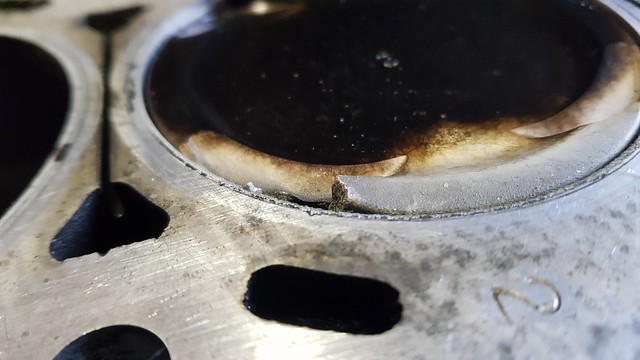 I’ve been pretty grumpy about the whole thing (for 7 years) and I’ve finally got my act together and push forward to get it all sorted.

I’m taking the blame here and using a Nistune ECU is just not an acceptable piece of tech to map a car on the road, so that will be binned over this restoration for a much more modern unit (Link or Haltec) and hopefully junk the dizzy and leads for the GTR (R35) coils and map sensor.

The whole engine bay is quite messy and needs a good tidy up and a bit of money spent getting it sorted out. 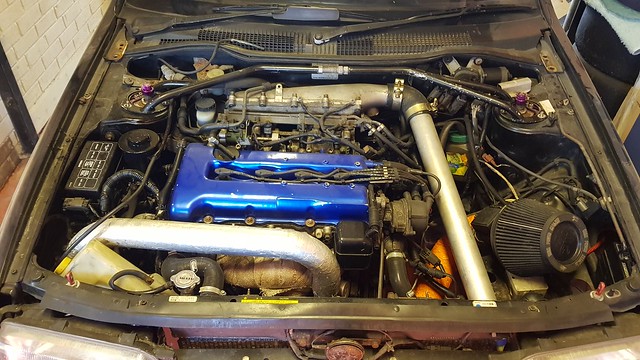 In between that I’ll be looking to get the suspension replaced from the D2 coilovers. 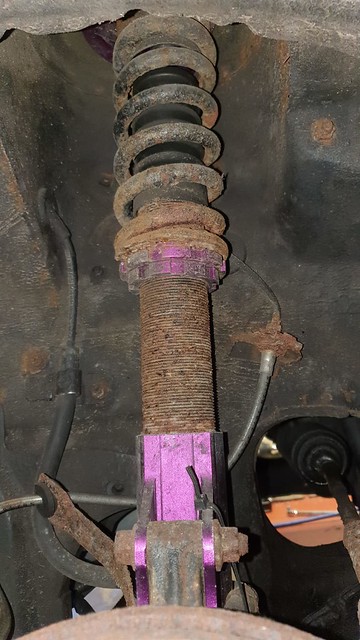 Other than that, its engine in, new ECU, suspension, run it for a year and then off the road for bodywork clean up and rust removal.


If anyone has an engine or block they have that is in good working order, I'd be very happy to have a chat as long as its sound and UK based

Finger crossed some progress is made over 2021!

However you could by mine complete (new engine, no rust) and have all the spares you could want!

keastygtir said:
However you could by mine complete (new engine)
Click to expand...

You sir have a DM

fubar andy said:
You sir have a DM
Click to expand...

The engine has now been cracked open and throughly looked at.

Considering its 100 miles old, it appears the previous builder I used, didn't clean the engine properly as you can see from the pictures.

Not very happy at this moment and now on the search for an engine.

Hopefully (I think I've found one) have this sorted by the end of the week.
M

That's pretty bad Who built it?

A company I used for 10 years called RSM based in the North West.

Over the 10 years+ of using them, I'd has a number of issues with them leading up to this issue.
@PobodY & @campbellju and testify when we went to the IOM for our weekender session and my gearbox "locked" itself in reverse and I spent all weekend being shotgun in peoples cars.
Yet when I got it back to the mainland, the gearbox "unlocked" itself all on its own.
Afterwards they has discussed with me that they had put the wrong spring in the gearbox!

There was a few other areas I'd questioned, to which I was fobbed off with or given poor information that should have made me walk away, but I guess being a loyal customer and someone (RSM) who "knew my car well" it seemed like the obvious choice, plus I'd had work done previous that was fine!

I had my engine rebuilt after some bore-wash and it lasted 100miles, not only has it had some detonation (totally my fault) the engine was dirty, appeared to be poorly assembled, a lack of attention to detail and this was pointed out in the head, oil pump, crank etc!

It's now with someone that is a well known Nissan specialist and has already found faults in the head and block that I'd have missed and probably saved me another rebuild possibly in a few thousand miles down the road if I'd just had it quickly rebuilt.
Last edited: Mar 18, 2021

Staff member
Engine now sourced and on a pallet to be delivered!

Staff member
Hi Andy, is this the engine you showed me the pictures or do you have another?

campbellju said:
Hi Andy, is this the engine you showed me the pictures or do you have another?
Click to expand...

No the pictures above are of my engine.

The new engine is the one the with all the other head issues!

Staff member
Glad you’re getting it sorted. Lets hope this time round it gets the proper treatment it deserves, I need a lap in your R around Oulton Park when it’s all finished

Aimee said:
Glad you’re getting it sorted. Lets hope this time round it gets the proper treatment it deserves, I need a lap in your R around Oulton Park when it’s all finished
Click to expand...

I'll be honest with you, its already turning out to be a massive nightmare.

I'm struggling to get parts or find genuine sellers who have stuff to sell me.

Already in a refund dispute about parts sent to me that were not fit for purpose.

If this is what I'm in for with regards to rebuilding the Nissan, then I'm almost half way to chucking it in.

So far the only person who's be a real help regarding parts, has has been spare parts Big Bob from the other forum.

Hopefully things get sorted and actual progress can me made!

If I were Ant, I'd start to get hold of some parts in the future or he might be struggling like me!

(and if its built, we'll have a mini GTIROC trackday @ OP and you'll have a few laps out in the shed!)

Staff member
Are they just getting to that age when all the good spares have been used, any nobody is interested in making any more?

I think you could be right, when I started rebuilding mine 5 years ago things were difficult enough then. Tbh I am surprised that mine hasn't sold yet as all the stuff that's a PITA is done.

Staff member
If Nissan added the GTIR to their Nissan Heritage parts programme, I'd be requesting a head and block direct from regardless of cost (well as long as not too insane)

I'm just needing a block now, but I'm just getting time wasters or twits trying to blatantly rip me off.

I'm hoping Bob might have a 86mm block knocking around without any det marks or bore damage.

Otherwise I'm trawling though the shit on the GTIROC FB page

PobodY said:
Are they just getting to that age when all the good spares have been used, any nobody is interested in making any more?
Click to expand...

I have thought about seeing if anyone would CNC a new block, but the cost of that would, I'm guessing, would be thousands for 1 or 2 blocks. ..

Staff member
I'm wondering if cyro treating the head and block might be worth a punt?

is importing one an option?

This now a common occurance,bought few parts that were classed as mint only to be fit for the bin....With bob now closing up will be even more difficult


You can try sourceing a s20vet block almost identical apart from few differences.

I was going to say why not get your knackered block linered, the only problem with that is you need to find somebody that's done a few successfully which is the hard bit!

I'm always keeping an eye out for bits on ebay as getting spares is going to become an issue, my latest bargain was a distributor complete with cap and leads for £30 I've built up loads of spares over the years, got probably enough bits to build another engine, 2 gearboxes and loads of internals, turbo's, some body parts etc. If I sold the car somebody would need a trailer or van for the spares!
You must log in or register to reply here.
Share:
Facebook Twitter Reddit Pinterest Tumblr WhatsApp Email Link
Top